A Cyclone in command

This article first appeared in the Spring 2016 issue of Link Magazine, the quarterly alumni magazine for the College of Liberal Arts and Sciences.

Only 12 years into his naval career, he had just sailed past his peers.

“There is no higher honor than to be chosen for command,” said Capt. Ricks Polk, chair of the Naval Science Department at Iowa State University. “To command so early in his career is a clear indication that Matthew has excelled as a naval officer.”

That day, Gleason joined an elite group, one that would send him up and down the southern California coast and later around the world. He also commanded USS Dextrous (MCM 13), a mine countermeasures ship forward-deployed to the Arabian Gulf to keep travel safe for naval and commercial ships.

“There are only 280 ships in the U.S. Navy,” Gleason said. “Knowing you’re one of 280 people that gets to command one is a special feeling. It’s a whole new level of leadership on your shoulder.”

Leadership that Gleason developed in an unlikely place for a sailor: here in the heart of Iowa. 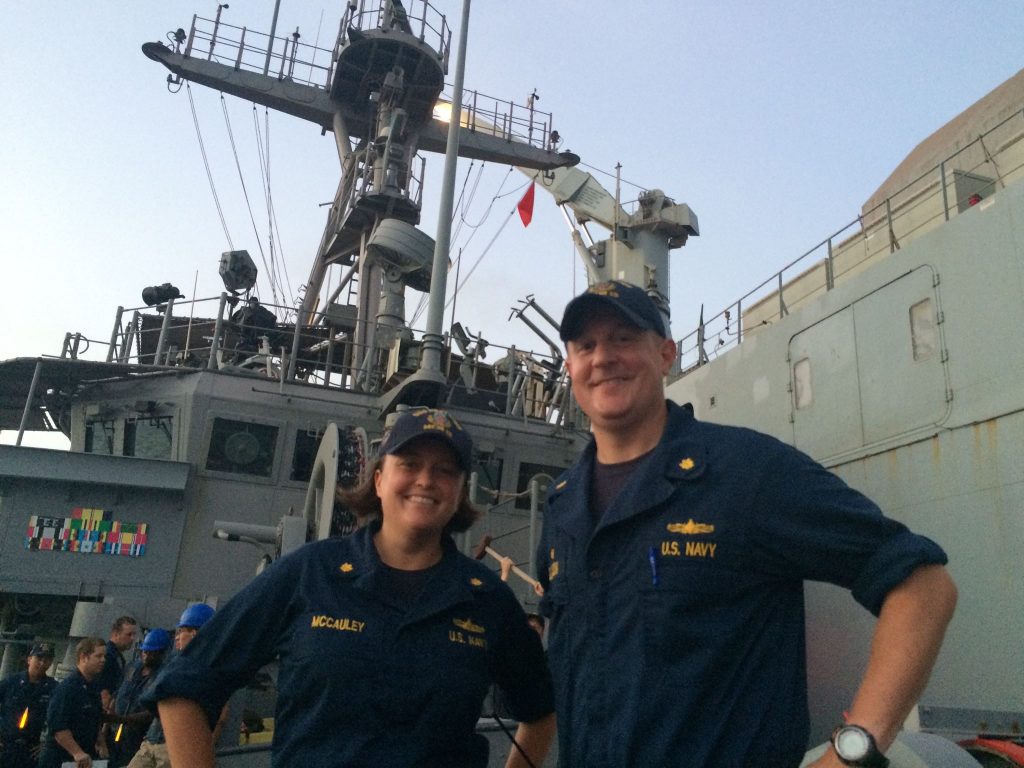 An ocean in Iowa

The small town where Gleason grew up is thousands of miles from the coast. But it is less than a hundred miles from a world-class maritime program—the Naval Reserve Officers Training Corps (NROTC) program in Iowa State’s College of Liberal Arts and Sciences.

“My father was in the Navy, my grandfathers were in the Army,” Gleason said. “Both my parents and my older sister went to Iowa State. I always loved the ocean and the water. Growing up in Iowa and with my interest in the Navy, it was perfect that Iowa State had a maritime program.”

The NROTC program provides Iowa State students, designated as “midshipmen,” with immediate leadership responsibilities. Midshipmen are assigned to a squad and platoon within the NROTC Battalion and quickly learn chain of command.

“You’re afforded opportunities to lead your peers, without lives on the line or equipment at risk,” Gleason said. “You get your feet wet early on developing your leadership level and style.”

That was critical because after Gleason graduated in 2002, lives were on the line. Gleason was deployed in Operation Iraqi Freedom and Operation Enduring Freedom. 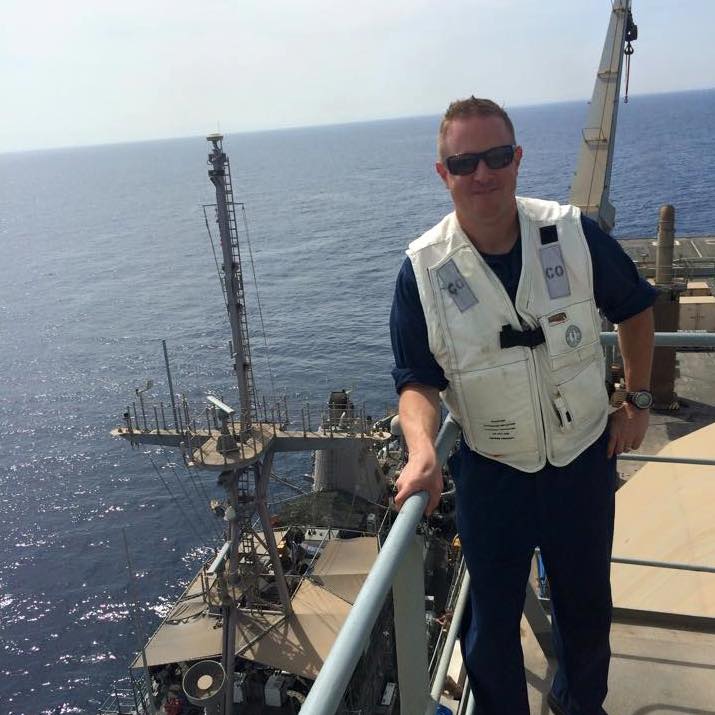 “In a matter of months, you go from being a college student to being in charge of 14 sailors on a ship headed into harm’s way. ROTC does a great job preparing you for the future.”

From Ross Hall to international waters

However, it was not solely NROTC that prepared Gleason for the Navy.

His political science degree gave him a window to the world.

“I’ve worked with navies from 30 countries,” he said. “To take what I learned in Ross Hall and see how it works with Saudi Arabia, Columbia, Peru, is really fulfilling.”

Gleason focused on international and comparative politics while at Iowa State. For example, a Latin American politics class was the perfect precursor for a later deployment where he helped train sailors from Central and South American countries that are U.S. partners in efforts such as combating illicit trafficking.

“I’m always proud to be a political science alum,” he said. “I had an amazing student experience at Iowa State.”

Today, Gleason is based stateside, serving as an instructor at the Surface Warfare Officer’s School in Newport, R.I. He now teaches, mentors and develops curriculum for mid- and upper-career officers who are preparing for positions as department heads.

It’s an assignment that keeps him close to his biggest supporters—wife Natalina and sons David and Luke—and where he can give back the knowledge he gained the last five years at sea.

“What I enjoy most is watching those I’ve led succeed and go on to great things,” he said. “Helping them realize their potential and become a great sailor is the most rewarding part of my job.”

Sounds exactly like what NROTC at Iowa State did for him.

Gleason is a 2011 ISU Alumni Association STATEment Maker and the 2015 recipient of the Young Alumnus Award by the College of Liberal Arts and Sciences. His service awards include the Meritorious Service Medal, Navy Commendation Medal (three awards) and Navy Achievement Medal (two awards). Under his leadership of Crew REAPER, USS Scout was twice awarded the squadron “Battle E” (Excellence Award). This award is presented to only one ship in a squadron each year, representing the best ship on the waterfront.