The Department of Political Science honored two alumni with achievement awards during the College of Liberal Arts and Sciences Honors and Awards Ceremony on Oct. 26, 2017 in Ames, Iowa. 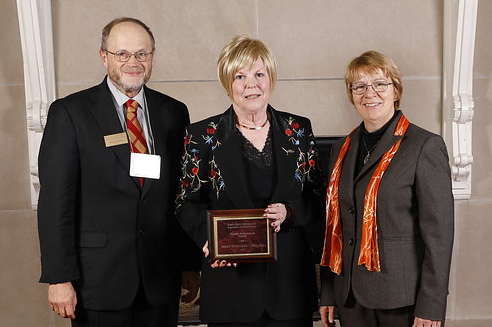 Mary Whitaker Lindgren taught in the Neenah, Wisconsin, School District for 29 years. During that time, she was a member of the Wisconsin Council for the Social Studies and served as a regional board member, vice president, and program chair for the annual state conference, and also as the organization’s president and ex-officio officer. She was the Congressional District coordinator for the Center for Civic Education’s "We the People, The Citizen and the Constitution" program for elementary through high school classrooms setting up workshops for teachers.

Lindgren also participated in judging for state and national hearings at the high school level. She worked with the Close-Up Foundation and their Washington, D.C., program for high school students and was head clerk for the annual state Close-Up student caucus.

Lindgren received the We the People Wisconsin Outstanding Service Award for 1998 to 1999 and the Wisconsin Bar Foundation Law Related Educator of the Year Award in 2000.

Lindgren received her bachelor’s degree in political science in 1960 and her master’s in 1969. 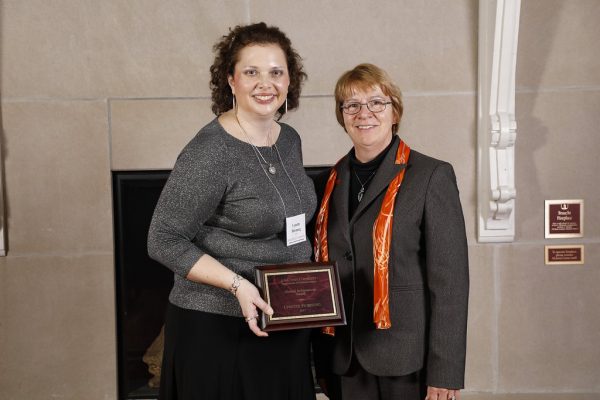 Lynette Hornung is a senior privacy and enterprise security architecture manager with the Executive Office of the President (EOP) at Turner Consulting Group, Inc. Hornung received numerous letters of commendation for her work in support of EOP from independent auditors as well as the Office of Government Ethics.

Prior to working for Turner Consulting Group, Hornung worked for Northrop Grumman as a senior computer security consultant. She worked for a variety of units at the Department of Justice, including the Office of the Solicitor General and Interpol. At the Department of Justice (DOJ), she was a team lead and project manager for a variety of components. Hornung received several letters of commendation from the DOJ and awards from Northrop Grumman.