On May 5, 2018, Dwight Ink, a 1947 alumnus of the Department of Political Science, received an honorary degree as a Doctor of Humane Letters at ISU’s Spring 2018 morning Commencement ceremony.

Ink, who served in many capacities for seven United States presidents, is only the second department alum honored with an honorary doctorate. The other recipient is Michael Crow, President of Arizona State University.

Here is the text about Ink’s award from the Spring 2018 Commencement program:

Dwight Ink is a native Iowan, an accomplished civil servant with extraordinary and outstanding contributions to government and governing, and a trusted adviser to seven U.S. presidents. Ink, who grew up in a poverty stricken rural family during the Great Depression, entered Iowa State College in 1940, but he left to serve in the U.S. Army for three years (1942–1945). He returned to Ames and in 1947, and he was the first Iowa State student to earn a degree in government.

After obtaining his Master of Public Administration degree from the University of Minnesota, he entered the Federal government and quickly rose to high-level leadership roles in a number of federal agencies. These included the U.S. Atomic Energy Commission, from 1951-1965, where in the aftermath of the 1964 earthquake that leveled huge portions of the state, President Johnson appointed him to serve as executive director of the Federal Reconstruction and Development Planning Commission for Alaska. Ink chaired the White House Task Force on Education (Johnson, 1965); established the Management function in the newly created Office of Management and Budget (Nixon, 1969); headed the Personnel Management Project on Civil Service Reform (Carter, 1977); and held two Senator confirmed appointments under President Reagan, including Administrator for the Community Service Administration (the only federal agency ever closed down during peacetime) and Assistant Administrator for Latin America at the U.S. Agency for International Development.

Ink possessed an unusual combination of management savvy, determination, and a willingness to take risks, and he successfully attacked government waste and corruption on behalf of seven presidents, from Dwight Eisenhower to Ronald Reagan. Known as “Mr. Implementation,” he was profiled in the book, If We Can Put a Man on the Moon …: Getting Big Things Done in Government, where the authors noted, “The political class respected the skills Dwight Ink brought to the table. … He took the responsibility of making government work seriously. … If our government is to reclaim a reputation for competency, we will need more Dwight Inks.” Just this year, Mr. Ink published his fourth book, Getting Things Done with Courage and Conviction.

Ink’s accomplishments, and his 75-year connection with Iowa State, are chronicled in a number of sources, and his public papers are archived by the Special Collections Department in the university’s Parks Library.

Faculty members from Iowa State’s Department of Political Science nominated Ink for the honorary degree, supported by many letters from leaders in public administration. 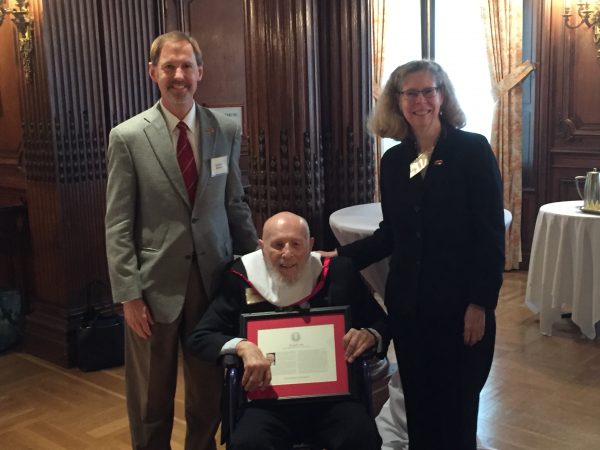 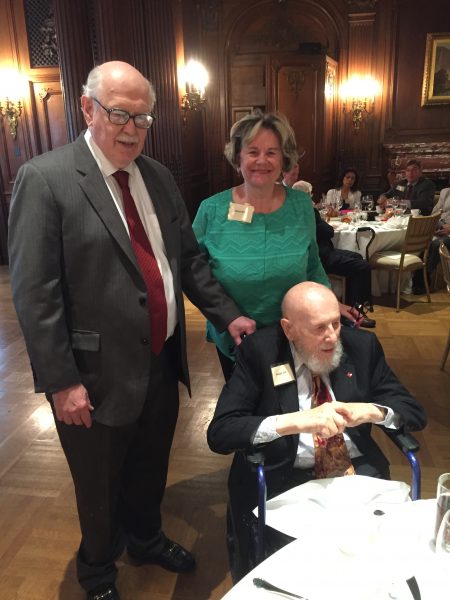 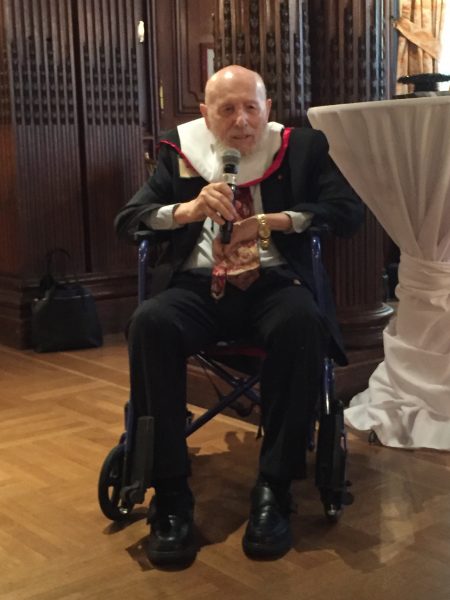 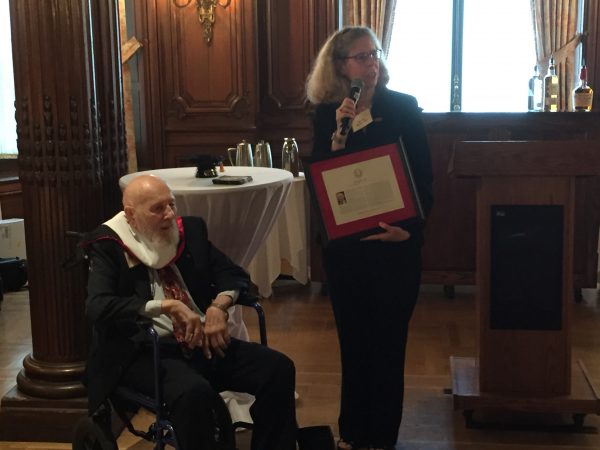 Dr. Ink was unable to participate in the May 5, 2018 Commencement. ISU President Wendy Wintersteen and Provost Jonathan Wickert made the formal presentation of Dr. Ink’s honorary doctorate June 13, 2018 at the Cosmos Club in Washington, DC. This very well-attended event is commemorated in the pictures below. In addition to the President and Provost and Dr. Ink, the pictures include Dr. Ink’s wife Dona Wolf and Peter McPherson, president of the Association of Public and Land-grant Universities.