The topic for this year’s 71st SCUSA conference was Advancing the National Interest – The Intersection of Domestic Politics and American Foreign Policy.

West Point hosts SCUSA every fall. It is the oldest and largest conference of its type and is attended by approximately 200 undergraduate students from over 125 colleges and universities worldwide. The experiences of SCUSA inspire many delegates to pursue a career in public service. Equally important, the four day conference provides a foundation for strong civil military relationships among future leaders in the military and public policy. Further information is available at https://westpoint.edu/academics/academic-departments/social-sciences/conferences/student-conference-on-us-affairs. 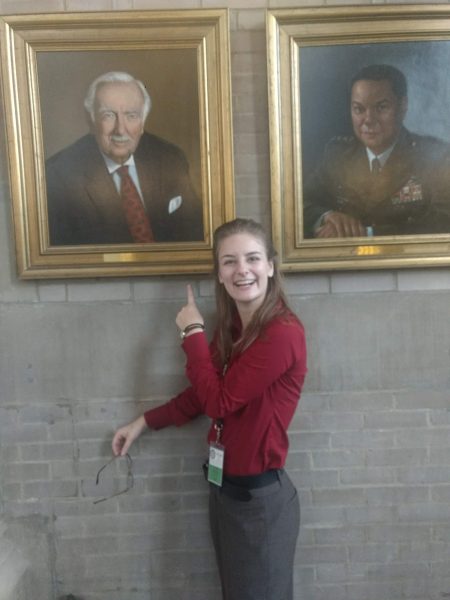 Sarah shared her thoughts about this signal opportunity.

“I wanted to thank you again for sending me to the SCUSA Conference in West Point, NY, last month. It was truly an honor to have been selected as the delegate from our school.

While I was at West Point, I was able to learn a great deal about the military, civil service, and foreign policy. By living and working among cadets, I gained a better understanding of the students’ perspectives on the military and foreign policy. We toured the campus, ate in the Mess Hall, and stayed in the barracks. I was sincerely impressed by the dedication and kindness these students exhibited toward the delegates, other cadets, and their commanding officers. The cadets live in a remarkably structured environment, and they believe in the military careers they are striving for. As someone who seriously considered enlisting in the military during the early years of college, being at West Point was a priceless experience. I developed an even greater appreciation for the military, but I also left West Point knowing that I had made the right choice for myself to remain a civilian. If I hadn’t gone to West Point, I always would have wondered if I should have joined up. Now I know for sure that the decision I made was the right one for me, and I am grateful for that knowledge.

While at the Academy, I worked with cadets and experts in the field to formulate a policy recommendation to the current administration. Our team’s roundtable discussion centered on combating the national security threat from Russia. We talked about Russia intervention in Ukraine, interference in US elections, and cybersecurity threats. Our final memo outlined our suggested plans for addressing these issues – I have attached the final memo below, if you are interested in reading it. We also presented our findings in a presentation in front of the other roundtables, but we featured a skit and simulated Russian interference in our powerpoint to keep the audience’s interest. Funnily enough, these interludes were enough to make us the highlight of presentation day; several military officials and other delegates approached us with praise for our delivery. We were pretty excited about that.

The policy experts on our team and at the conference were phenomenal; they were highly experienced, knowledgeable, and helpful to our roundtables. The conference was deeply enriched by their insights and presence. SCUSA was also a fantastic way to meet delegates from across the country. The delegates in my roundtable became good friends of mine over the course of the conference, and by the time we had left, we had learned a lot about/from each other. While at West Point, everyone is working hard to complete the discussions, memo, and final presentation. SCUSA is not for the faint of heart, but it was an extremely valuable experience. I am truly grateful to have been the representative from Iowa State at the conference. “ 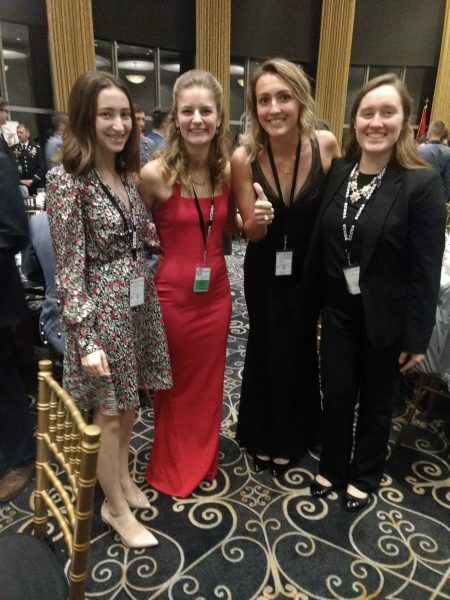