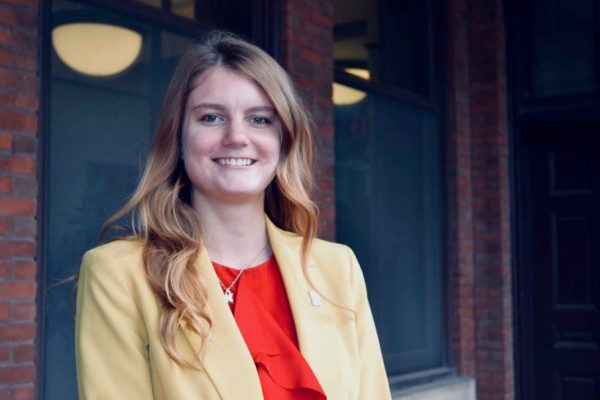 I never would have thought coming to Washington, DC in the middle of a government shutdown could be a blessing in disguise. Initially, I had intended on starting an internship in the Office of Legislative Affairs at the United States Agency for International Development (USAID). However, with the lapse in federal appropriations to the USAID budget, my training was postponed until the federal budget could be passed. I seemingly had an infinite amount of time to explore the city more so I attended oral arguments at the United States Supreme Court, a lecture at the Newseum with Bob Woodward, and around the House and Senate Office buildings because they are right off my front doorstep.

The government shutdown did not deter me from using every second of my time here as a learning experience. I decided to contact connections I made working in DC this summer and was welcomed into the office of United States Senator Joni Ernst. While I have been interning for her, I have been able to watch the Senate Judiciary Committee hearing for Attorney General Nominee William Barr, Senate Environment and Public Works Committee hearing for EPA Administrator Andrew Wheeler, and observe both House and Senate floor debates.

Realizing this is only temporary until the government is fully funded, I am still eager to start working for USAID. While I am there I will be able to assist the Legislative Affairs staff in briefing the Administrator to testify before Congress, learn more about the USAID mission and work all over the world, and helping USAID staff brief Congressional staffers on emerging development needs.

Even though I have only been here three weeks, I have already learned so much about how Washington works. Especially with the shutdown, I’m learning just about how the government works! I cannot wait to see what the rest of my semester brings!