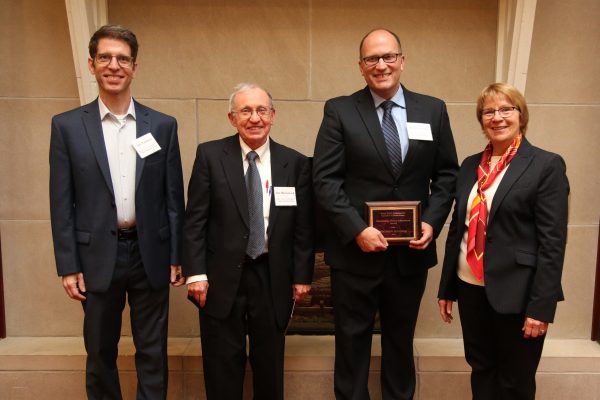 After earning his Bachelor of Arts in Political Science in 1997, Matt was commissioned as a Second Lieutenant in the United States Air Force through the air-defense analysts in Keflavik, Iceland, and integrating with a team of multinational analysts in the NATO Airborne Early Warning and Control Wing at Geilenkirchen, Germany.

Matt went on to write exercise scenarios, bringing the then-new US Northern Command to full operational capability, then became a member of the U.S.-Canadian North American Aerospace Defense Command and U.S. Northern Command Operational Watch in Cheyenne Mountain. After teaching and leading new Airmen and Officers in Air Education and Training Command, Matt was assigned to Dover Air Force Base, Delaware, where he led operations support efforts for global strategic airlift and humanitarian support efforts. He served as a Program Chief for Joint and NSC policy on the Air Staff in the Pentagon, then as a Commander of an Air Mobility Command Tactics Development Organization, and as a Deputy Group Commander, overseeing the efforts of over 1,000 Airmen.

Matt was most recently the Commander of AFROTC Detachment 640 and Chair of Aerospace Studies at Miami University in Oxford, Ohio. After retiring in November 2021 with over 24 years of service in the Air Force, he currently serves as the Senior Aerospace Science Instructor for Air Force Junior ROTC in Waterloo, Iowa, teaching leadership, management, and aerospace science principles to the community’s future leaders.

Matt holds a Master of Arts in Administrative Leadership (2009) from the University of Oklahoma, and a Master of Science in Strategic Intelligence (2011) from the National Defense Intelligence College. He is also a graduate of the Defense Language Institute, the Joint Military Attaché Course in Washington, DC, and the USAF Air War College. 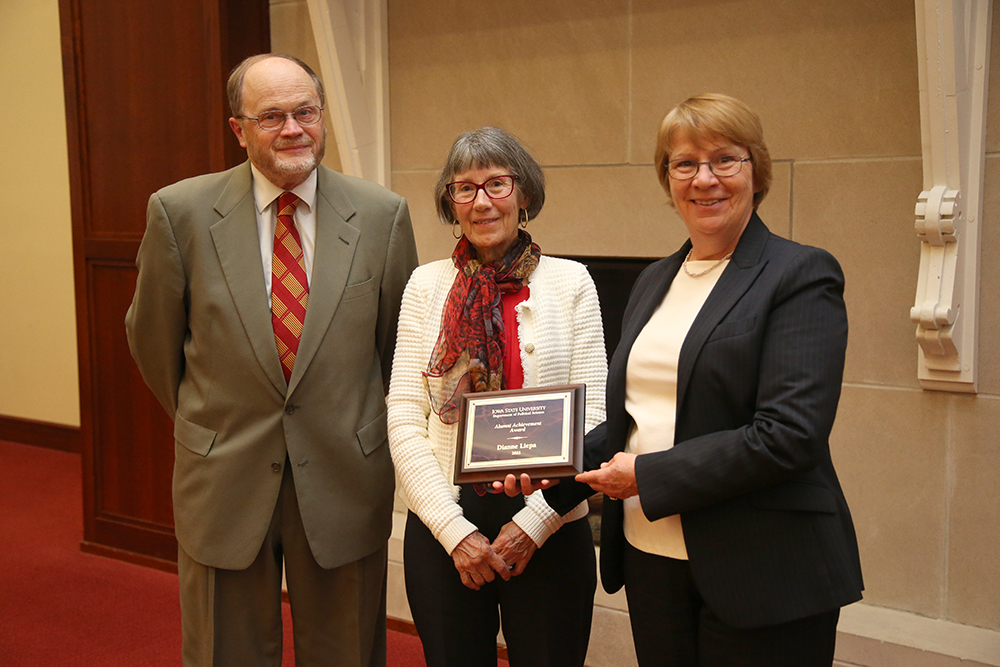 Dianne Liepa’s degrees in political science from Iowa State University served her well during her 33-year career in government service. After she earned her master’s degree in political science in 1975, Liepa served as an adjunct instructor at Des Moines Area Community College, teaching political science and community-organizing courses. In 1976, she joined U.S. Representative Tom Harkin’s Iowa staff. When Harkin was elected to the U.S. Senate in 1985, Liepa was by his side, first as deputy state director and then as state director, overseeing Harkin’s five Iowa offices.

Early in her career, Lie pa developed models for constituent service and outreach to help monitor the effectiveness of federal programs to keep Senator Harkin and legislative staff informed of Iowans’ concerns. As a direct result of these interventions, Senator Harkin helped resolve numerous problems Iowans had with federal agencies and introduced legislation to address a variety of issues, including veterans’ health care and disability services and the Americans with Disabilities Act.

Liepa also partnered with the Iowa Department of Education to start an educational program in Iowa called Invent Iowa!, which sponsored local, regional and state invention ·conventions for K-12 students. The program, which is now housed at the Belin Center at the University of Iowa, has been in operation for more than 30 years and has served tens of thousands of students. In 2010, she was awarded with the Iowa Democratic Party’s Outstanding Supporter award.

After David Morrison triple-majored in genetics, international studies and political science at Iowa State, he went on to earn his master’s degree in German and European Studies from Georgetown University’s School of Foreign Service. He has since incorporated all of those disciplines into a highly successful career as a researcher, policy analyst and foreign service officer.

Prior to joining the U.S. State Department, Morrison worked for the U.S. Department of Agriculture’s Foreign Agricultural Service in Washington and Shanghai, where he served as a liaison between U.S. exporters and Chinese importers. In this position, he prepared market reports, detailing strategic opportunities and concerns for new-to-market U.S. exporters. He also served as a consultant for the Defense Threat Reduction Agency (DTRA) at the U.S. Department of Defense, evaluating data and providing all source research and analysis in support of countering weapons of mass destruction. At DTRA, he also analyzed medical and infrastructure assets in Liberia, Sierra Leone and Guinea to help craft the U.S. Ebola response.

More recently, Morrison, who speaks fluent Mandarin and Arabic, has also served as a diplomat at the U.S. embassies in Beijing and Baghdad. He has also served at the U.S. consulates in Shanghai and Erbil, Iraq, where he conducted services for American citizens and adjudicated thousands of visa applications. He currently serves as the economic and environment, science, technology and health officer on the Canada Desk at the State Department where he acts as a liaison between the White House and various U.S. government agencies as well as the U.S. Embassy in Ottawa and the Canadian government. Over the past year, Morrison’s work has focused on the pandemic response, in particular, its impact on the U.S./Canada border and vaccine coordination, shared boundary water and climate issues, and economic topics such as trade and tariffs. Morrison was recognized with an ISU STATEment Maker award in 2016.

Awarded to alumni of the College of Liberal Arts and Sciences who have demonstrated outstanding achievement for their work with public entities at the local, state, national or international levels. 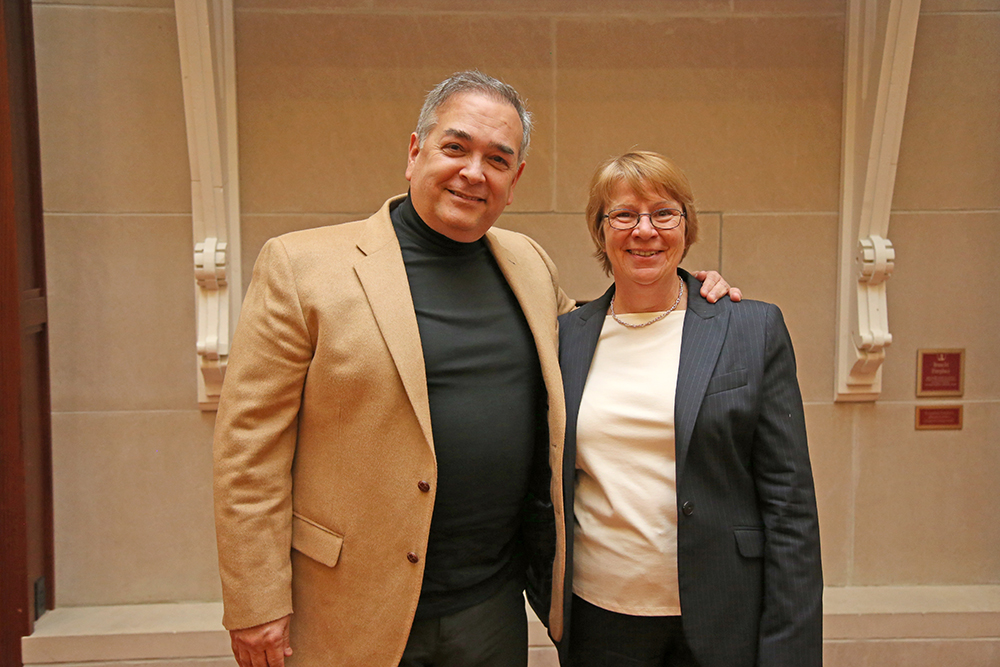 While at Iowa State, Evelia Otero Jr. joined the university’s ROTC program. Upon graduation in 1982, he was commissioned as a second lieutenant in the U.S. Air Force Reserve, thus beginning a distinguished military career.

From 1984 to 1987, he was a senior member of the team tracking Pablo Escobar and the Medellin Cartel. In 1998, he authored the Department of Defense’s policy of reassimilation with North Korea. After the 9/11 terrorist attacks, he was called upon to establish the intelligence division, which supported the military operations in Iraq and Afghanistan. He has advised senators, congressmen, congresswomen and national and international media.

Otero retired from the military in 2010 with the rank of Colonel. He now serves as a business development manager for Gemini Industries, which supports and consults on national security issues. He was also recently named to the Texas A&M George H.W. School of Public Policy guest lecturers.

Otero’s philanthropic endeavors are just as remarkable as his military ones. In 2013, he founded the Course of Action Foundation to promote Tampa trade, education programs for children and humanitarian relief activities. In 2017, the foundation operated the largest hurricane collection point in central Florida, shipping more than three million pounds of supplies via military planes and shipping containers to Puerto Rico and the Virgin Islands during Hurricane Maria. The foundation also coordinated the shipment of vital necessities to victims of Hurricanes Michael and Dorian, and the 2020 earthquake in Puerto Rico.

Otero has received numerous commendations and awards for both his military and humanitarian service, including Tampa Bay’s Human Rights award as well as Hispanic Man of the Year award in 2014, the Defense Superior Service Medal, the Defense Meritorious Service Medal and the Global War on Terrorism Service Medal.